If you don't know your strengths then know your weaknesses.

Yes, you got it right. Nobody is a born genius. When it comes to achieving something, the only thing that matters is starting and moving forward in the direction of your goal.

When you know your weaknesses, you know where you have to work more. You're already steps ahead.

Just do a little every day, and you have got everything you ever dreamed of.

However, it will take time, and you will experience failures and humiliations, but it worths it.

And here we are portraying five such people who were born with disabilities, but they rose to fame because they don't let their disabilities control them.

In fact, the disabilities have motivated them and they are now sources of motivation for all of us.

I can't speak.
I am not good looking.
I can't face the crowd.
People don't like me.
Hell, I can't do this. Let me live as I am.

These could be common excuses for people if they were born with the same difficulties as Demosthenes.

But, Demosthenes was just like the opposite of them. He was born with speech difficulties, but he wanted to be one of the best orators of Greece. He wanted to give anything for his goal. He was so committed.

While he was born into a wealthy family, he lost his parents at the age of seven. While his opulent parent left everything for successful bringing of his child but the deceiving and greedy guardians left Demosthenes alone starving and struggling.

Demosthenes started learning rhetoric because he wanted to get his legal guardians into the court to get justice. Demosthenes had stammering and inarticulate pronunciation, but he did not let these difficulties stop him from approaching his goal.

And he did it by putting himself in an isolated place, clearing hair of his half head to not go to public places and started practising speaking putting pebbles in his mouth.

Who can make such efforts will surely succeed? Does not it look like that?

His strong yet beautiful efforts had made him one of the best orators of ancient Athens. He is remembered, referred to often and is one of the prominent figures of ancient times.

The baseline is "if you want to succeed then you have to work hard. You have to find ways to get what you want."

I would write. If nobody will read; No Problem. I will keep on writing. Yes, James Bernard Shaw was such a person who could accept anything but not mediocrity. And these traits speak for themselves.

Consistency beats talent. Everybody who knows it can experience it. But, how many of us do practice it?

James Bernard Shaw lived in poverty and was an unknown figure in the early days of his career.

Nobody likes to help and admire a person who is living in destitution and obscurity, and most of the career of James Bernard shaw had been spent like that.

He used to do anything that could improve his skills but was failing every time he tried. He could not even feed him properly with his earnings as a writer.

Anything he wrote and submitted for publishing was rejected either with no response or without any praise.

He wrote, wrote, and wrote whatever came to his mind and tried everything to establish himself as a writer. And what he could earn was only 10 shillings working for decades.

Nobody can live his days with that earnings. And things can turn worse if someone has a family to feed.

But, his sheer hard work, patience and desire to succeed made him one of the prominent figures of the 20th century.

What if he stopped trying and choose to do something else, but not write?

What if a couple of failures made him humiliated and he decided to quit! We would not be knowing James Bernard Shaw.

We would not have another winner of the Nobel Prize in Literature.

You may be born poor or rich. You might be living in destitution. You may be sacrificing your life in severe conditions. You may have failed in everything you have tried.

At some point, you might have thought that the world does not want you. What do you think now? Do you have still any chances of living a purposeful and beautiful life?

Willaim James went through all those bad things in his life. But, one day he realised to forget all those miseries of his life and start living a purposeful life.

He is a great example of a person who had been neglected from everything in his life, once changed his thought, became a well known and great personality.

And we have got to learn a great lesson from William James which we must entail in our lives.

William James is one of the most prominet figures of American History. His writings had influenced many important personalities of U.S and other countries.

I don't have it, I can't do it, My life will not improve; I have got nothing good in my life. Get rid of those thoughts from your brain now. Your life is important not only for you but for others too.

People stop trying after they fail once.

Only a few people try for the second time.

And the number of people who dare to try 3rd time is very less.

We all want everything without toiling for it.

And this is the main reason, many people never get what they want.

Do they want that? If the answer is yes then they will never stop attempting until they reach their goal.

Pablo Picasso is one such figure who is one of the most important figures of 20th century.

He struggled, failed but did not stop his journey. He was busy mastering his craft every day.

Picasso was dyslexic, a learning disorder that affects reading, writing, spelling and speaking. His schooling was also not good.

He was not a good student as well.

Nobody had ever thought about Piccasso becoming one of the most well-known persons of the 20th century.

He lived 91 years and out of them 80 years were spent improving his craft every day.

With such intensity of love to work and improving the skills daily, Picasso became a figure whom the generations will learn forever.

The life of Pablo Picasso is a solid example of a person who can succeed in his deeds no matter how good he has been in relationships, how good he has got primary education.

What matters the most is trying, failing and never stopping to reach your goal.

Kabir Das, has been a monumental personality in guiding people all around through his motivating and inspiring poetry.

While he might have never thought that he would be so popular and respectful in the centuries to come. And so like every successful person. He kept on writing poetry while doing his daily chores.

His poetry is inspired by what he experienced around his surroundings.

He was a weaver by profession.

His writings will have lasting effects on anybody who get the time to go through it.

We are all born with flesh, bones and in an environment that is common to all.

We all want to be popular, successful and respected.

But, we all can't have a similar successful profile.

The path to success requires continuous efforts in a direction that is full of miseries, struggles and hard work.

Sometimes the road is full of bumps, potholes and is disconnected. You become doubtful if you're travelling on the right road.

All of these things are inevitable.

They will test your vigour. They are not there to make you weak, miserable or depress. They will help you, make you a better and strong person and will ease down your path. They will improve your skills. They will lead you to something highly useful for your journey to be completed successfully.

You need to cherish with them not to be disappointed. You will be thankful for them once you reach where you wanted to go.

Hello, I’m Binit, and I am frugal and love to be called like this. I am enthusiastic in practicing and writing about personal finance. It is something we all must know and practice as early as we come to know about it. If you care your personal finance you care your life. I am here to help you out in living your life of dreams, a life without any financial worries. 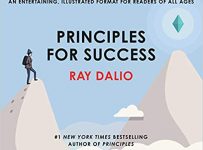 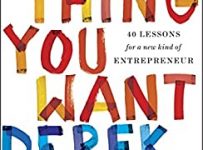 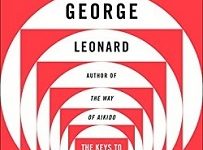